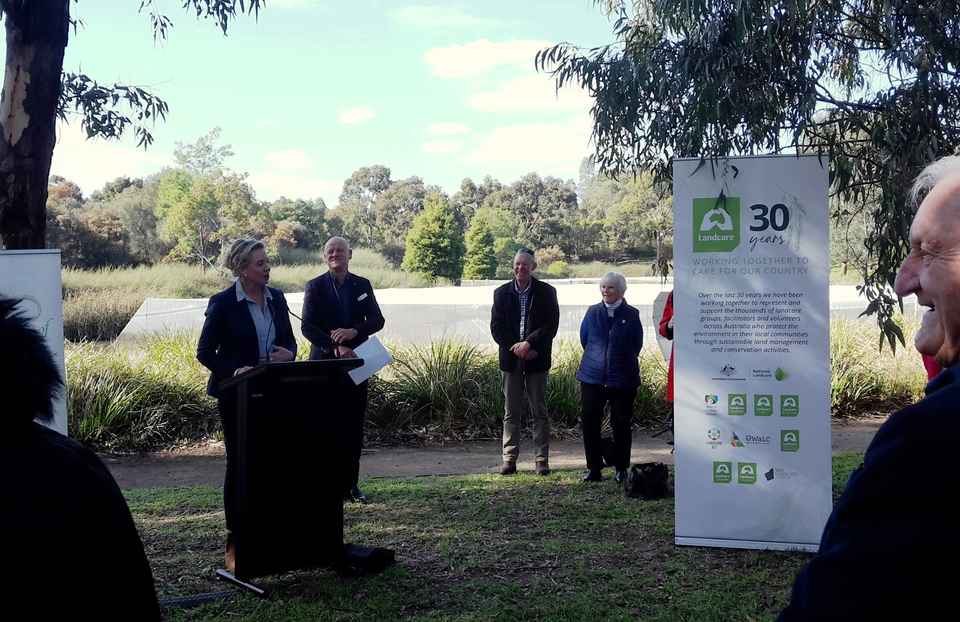 Marking the thirty-year anniversary in Melbourne today, Senator the Hon Bridget McKenzie, Minister for Agriculture launched the national Landcare 30-year anniversary celebrations to an audience which included local members, LVI Chair David Clark and many notable landcarers who have been involved since the formation of the moment in Victoria in 1986.

Attendees heard from Minister McKenzie who said ‘Australian farmers have an international reputation as sustainable land managers and Landcare has played a significant role in the future adoption of innovative agricultural practices”, “By making a difference and helping to create healthy soils, vegetation and supporting biodiversity, Landcarers and farmers are playing a part in growing a sustainable Australian agriculture industry.” Newly appointed Landcare 30-year anniversary ambassador, Sophie Taylor-Price, paid tribute to her grandfather Bob Hawke’s vision for the future by calling on all Australians to work together to enhance environmental conservation.