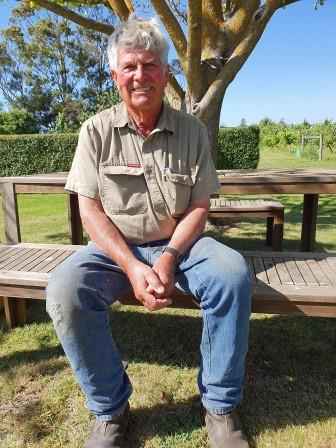 Fergus Irving takes us along a most interesting route of how he first got interested in Landcare and his role as initial President of the Woodside Landcare Group. He also, like many interviewed, recognised others who were actively involved in their district.

Whilst born in Melbourne, Fergus Irving grew up on the family farm Woodlands and is another of our interviewees who had a country education – this time it was at Alberton State School and Yarram High School before heading to Scotch College and later Melbourne University to study Veterinary Science.

After practicing in the Goulburn Valley and Western District he found himself back at Yarram then farming sheep for wool along with some prime lambs.

Fergus provides a great insight into the emerging environmental issues of that time, the Group learnings and how they initiated undertaking more works for better water quality, pasture and ground cover, collecting tree seeds and strategic tree plantings, all of which which took off quickly through some grants and most of all collective community participation.