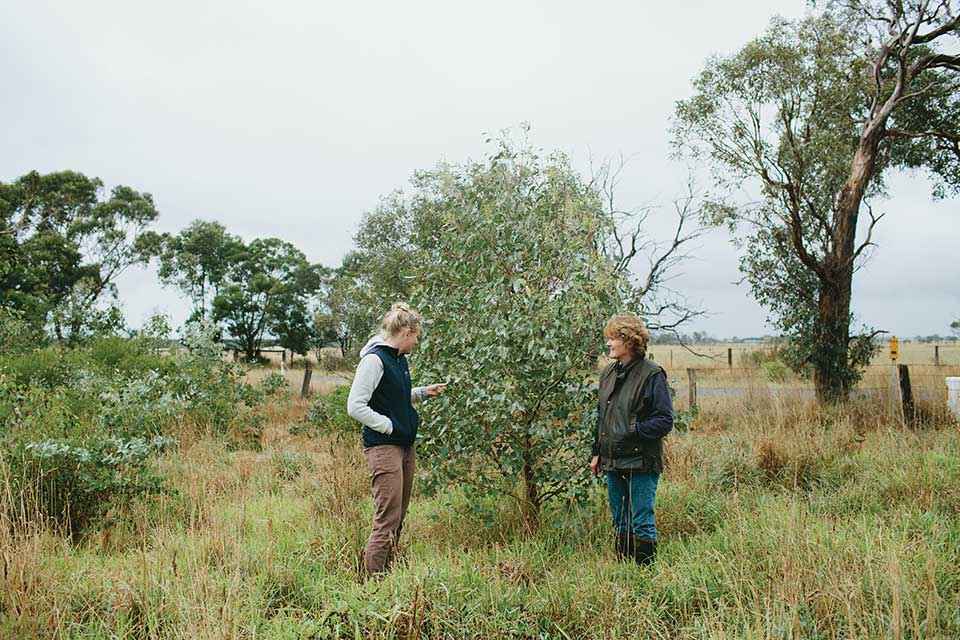 Kathleen Brack is the Regional Landcare Program Officer for the West Gippsland CMA. After just three years in the role Kathleen has changed the way the Landcare story is being told in the region. She has created new messages and found innovative ways of engaging with her community.

Keen to attract more young people to Landcare, Kathleen ran an Intrepid Landcare Retreat at Wilsons Promontory for 20 people aged from 18 to 35. The participants learnt about Landcare and talked, hiked and worked with the local friends group. Retreat graduates have gone on to form the Gippsland Intrepid Landcare Group.

Kathleen has demonstrated how social media can benefit Landcare. In just a year as administrator of the Landcare in Victoria Facebook page she has increased its followers by 35 per cent. A podcast she produces that tells the stories of Landcare in West Gippsland was selected as a new and noteworthy podcast by iTunes Australia.

With the aim of explaining the social and community benefits of Landcare, Kathleen recently conducted a social return on investment study on a Merriman Creek Landcare Group project. This study found that for every dollar spent on a Landcare project there is at least a $3.41 return in social value.

Kathleen has also driven the implementation of a new iPad mapping system for the five Landcare networks in Gippsland, and has organised a huge number of workshops, training courses and field days.

In Kathleen’s previous position as a project officer for the South Gippsland Landcare Network, she was a driving force in the creation of the South Gippsland Equine Landcare Group. Kathleen consulted with the community on the type of support horse owners needed and supported the people that came forward to form the group. The group has more than 500 followers on their Facebook page and is an important contact point and information source for horse owners in Gippsland.

Her work in South Gippsland included developing the South Gippsland Landcare Network Koala Habitat Preservation, Enhancement and Restoration Plan
2012–2015. Kathleen was involved in biolink planning and community engagement as part of the plan. She developed a schools program about koalas in the Strzelecki Ranges and delivered it to primary schools in Poowong, Toora, Foster, Fish Creek and Tarwin Valley, and two Leongatha kindergartens.

Kathleen also designed a citizen science website, where people from across Gippsland could record their koala sightings. More than 150 sightings were logged over a four-year period.

Kathleen grew up in rural New South Wales and studied both environmental and social science at RMIT.

“Working in Landcare is really the perfect fit for me as it has a focus on healthy environments as well as healthy communities,” Kathleen said.

“I was very fortunate to get my first break after university working in Landcare in Gippsland. I love it. It’s awesome to see great projects underway and to work alongside such an inspiring and passionate group of community volunteers. It’s been a privilege to be able to tell their stories.”

Kathleen believes Landcare will change in the future and it’s up to the next generation to create the right space for that to happen.

“There are many opportunities to get involved. It’s just a matter of finding the right fit for people,” she said.

Kathleen’s energy and enthusiasm are infectious. She is an impressive role model and a true young Landcare leader.