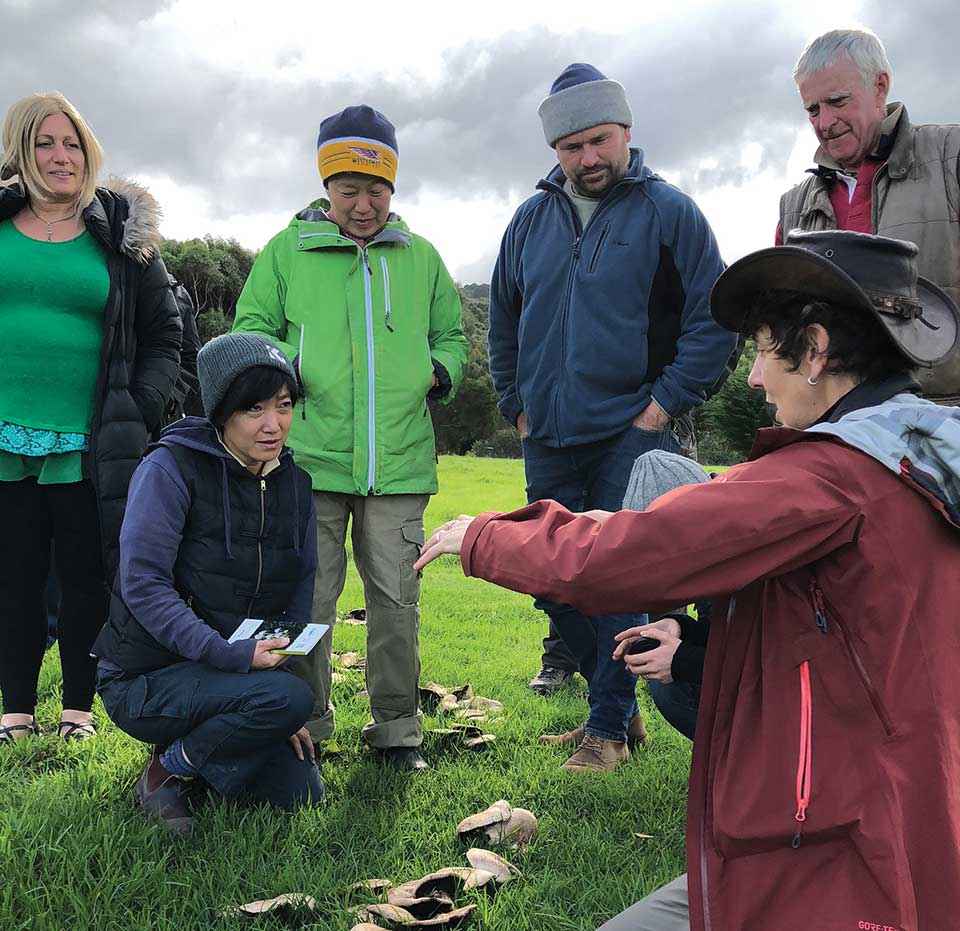 With their earthy fragrances and myriad colours, fungi capture the essence of autumn. Often better known for their edible varieties that enhance our seasonal cuisine, fungi underpin the health of almost every terrestrial ecosystem on the planet.

We are often only aware of fungi when mushrooms push through the earth, but the growing and feeding part of the fungus exists underground as a network of connective fibres known as mycelia. This scaffold of mycelia provides the basic architecture of soil, underpinning its structure and function.

Many fungi also form connections with a huge variety of plants in a process called mycorrhizal symbioses. In these subterranean alliances, fungi greatly extend plant root systems, helping them to access water and nutrients. Fungi also improve the resilience and health of plants by increasing their drought tolerance and resistance to soil-borne disease.

In return for this work, plants supply fungi with sugars produced through photosynthesis. These symbiotic relationships are especially important in old and weathered, phosphorus-poor soils typically found throughout Australia.

We also know that mycorrhizal networks stretch beyond individual trees. Fungi extend relationships through the soil to other plants, facilitating nutrient transfer between them and working to unite plant communities. Mycorrhizal networks orchestrate plant interactions, promoting their growth and survival.

Fungi are the prime recyclers of organic matter, returning nutrients to the soil and making them available to plants. They do this by secreting enzymes that can degrade almost any organic material containing carbon. Bacteria and invertebrates also contribute to decomposition processes, but only fungi degrade lignin – the hard woody structure in plants. Every leaf and stick that falls to the ground is likely to be recycled by fungi.

When planning a revegetation project, it is important that we understand how to accommodate different species of plants and their fungal partners as well. Landcarers can encourage fungi by maximising habitat types and microclimates that retain a variety of organic matter (leaves, sticks, branches and bark of varying age and size). This provides the best opportunity for a diversity of fungi to colonise.

Removing or minimising stresses to fungi through soil compaction, physical disturbance to soils, over-watering, fire, excessive use of fertilisers and chemicals will allow fungi to reach their full potential.

Dr Alison Pouliot is an ecologist and environmental photographer who has been involved in Landcare for more than 20 years.

Read next article: Soil workshops a hit in the Yarra Ranges