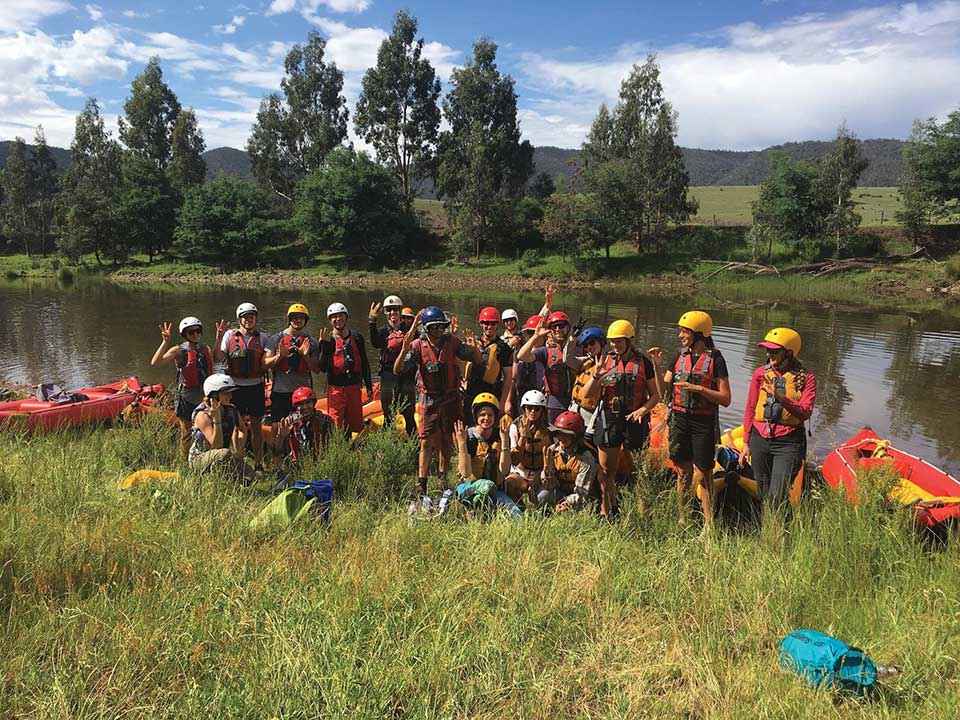 Above Gippsland Intrepid Landcare members kayaked along an inaccessible part of the Thomson River to map willows for future management.

Gippsland Intrepid Landcare has only been underway for two years but is already making a significant impact on the local environment through the efforts of an enthusiastic and dedicated group of young people.

The group was established in July 2017, after a Gippsland Intrepid Leadership Retreat codesigned by Intrepid Landcare Inc. and the West Gippsland CMA, that was held at Wilsons Promontory in May 2017. The retreat inspired and connected a small group of young people aged between 18 and 35 from Gippsland and wider Victoria. More than 70 per cent of the retreat participants expressed a desire to continue their involvement in Landcare.

Gippsland Intrepid Landcare has since attracted more than 300 young volunteers to 10 events. The group has planted 10,000 trees over two years on a property in the Bass Coast hills of Woolamai. A plant and dance event with camping and bands kicked off one of the plantings for this major revegetation project.

A willow management mapping project required kayaking along an inaccessible part of the Thomson River. The group has also undertaken coastal weed control at Sandy Point, removed more than 30 kilograms of marine debris off a Phillip Island beach, and mountain biked in the Colquhoun Regional Park while mapping noxious weeds. An environmental film night and photographic competition to inform and inspire young people to take environmental action was also popular.

The group has 10 committee members who meet once a month to plan activities by teleconferencing. According to the group’s chair, Jarryd Minahan, the committee aims to create events that are impactful and fun.

“Our members want to support environmental initiatives that are relevant and interesting to them. They also want to get outside, have fun and be adventurous. We support existing Landcare structures – operating like a Landcare pop-up. We can add value to current projects, work alongside the legends and learn from their experience,” Jarryd said.

The group has already worked with more than 20 local organisations including Landcare groups and networks. They value working with Indigenous land managers and have included presentations from local Indigenous leaders at most of their events. They have nearly 1400 followers on Facebook and use Instagram and other social media outlets to promote their activities and communicate with each other.

Jarryd believes the group has an important social function for its young members.

“We create a space for young people to connect with one another. Our events always contain bonding time, usually around a campfire. We make the time to chat and form friendships. This gives the group a strong following, which means we are able to give a lot of energy and commitment to our environmental work.”

Few of the group’s members had experience with Landcare prior to joining. But a determination to listen to young people and design activities that are challenging, fun and meaningful, is proving to be a great attraction.