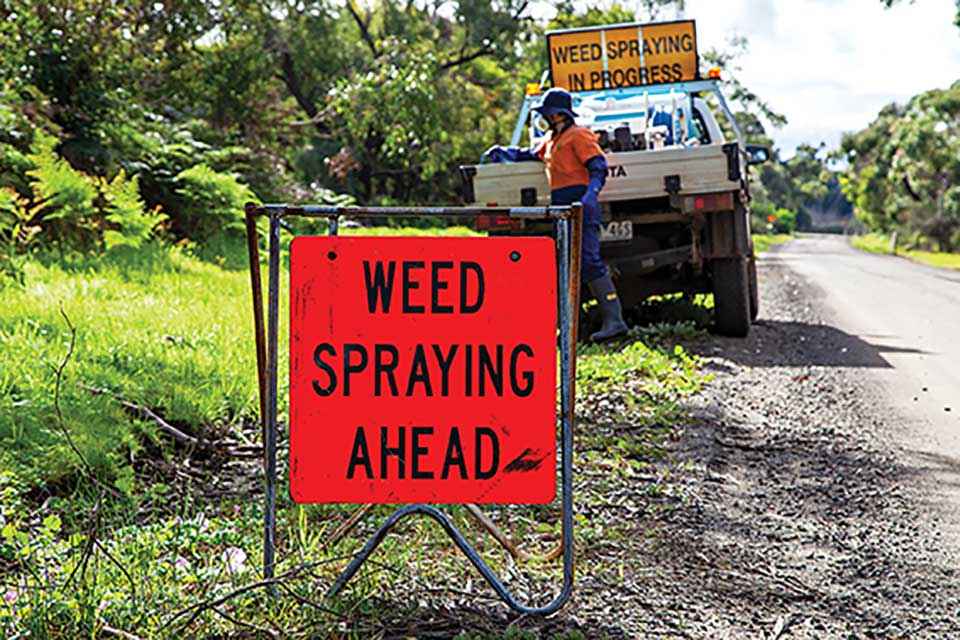 In southern Gippsland a relatively small network of rural roads (around 530 kilometres) wind through the hills and coastal flats of Bass Coast Shire. Known for its beaches, penguins, and fertile farming landscape, the shire has only 14 per cent cover of bushland, most of it fragmented. Roadside reserves are important for maintaining bushland cover and quality in the area, and there are designated roadsides with significant vegetation.

The Bass Coast Landcare Network (BCLN) has been working in partnership with the Bass Coast Shire Council (BCSC) on roadside weed control since the early 2000s. BCLN began by engaging landholders to undertake weed control through a chemical handout scheme and managing contractors to target the worst of the weeds.

According to Robbie Gray, Ecosystem Services Manager at BCLN, the maps allowed for a more strategic and targeted approach to weed control.

"The mapping project meant we could maximise the effectiveness of the weed control program to the point that all large mature infestations have been controlled." - Robbie Gray

The mapping was repeated by BCLN again in 2019, with several other weeds such as ivy species, woody weeds, and creepers such as blue periwinkle, wandering trad, and bluebell creeper included.

The Bass Coast branch of the Victorian Farmers Federation (VFF) successfully lobbied for an increase in the BCSC budget for the program. According to Robbie Gray, the funding increase means the annual program can now be expanded.

“We can include a sweep targeting creepers and climbers, as well as systematically chipping away at woody weeds,” Robbie said.

BCLN has also worked on an initiative developed by Diana Whittington where BCSC roadside maintenance crews are trained to identify and manage native and exotic vegetation on roadsides. At the end of the training the BCSC staff workshopped ideas for reducing weed spread, avoiding unnecessary removal of vegetation, encouraging regeneration, and keeping their slashing regime to a minimum requirement.

Diana Whittington believes the program is getting stronger and more effective as time goes on.

“We have seen a considerable decrease in weed infestations since BCLN began managing the roadside weed control program. For example, a 39 per cent decrease in blackberries on roadsides over six years. We are really looking forward to seeing the impact that will be made over the next few years,” Diana said.

Anna Brayley is Communications and Administration Assistant at BCLN.