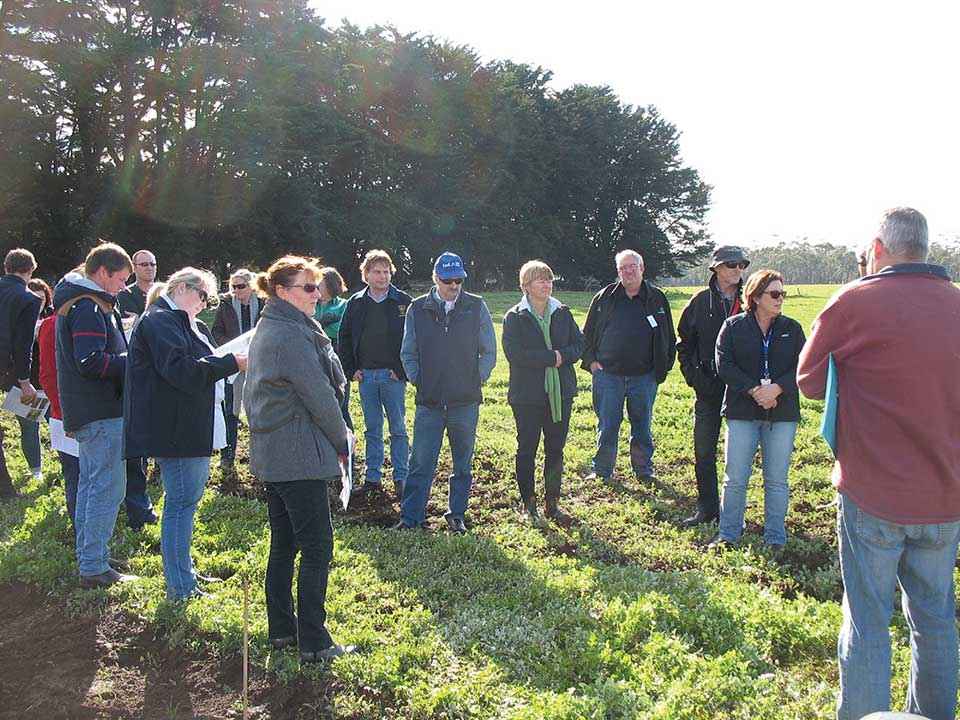 Above Doug Phillips (far right), a member of the Tarragal Landcare Group and biochar manufacturer, hosts visitors at the group’s biochar site.

Biochar is a carbon-rich solid manufactured by heating bio mass at a high temperature in the absence of oxygen.

Biochar also has implications for managing water as it can improve the water-holding function of soil and protect water quality.

Historical evidence has been discovered within the Amazon forests of South America that indicates the early inhabitants of the region used biochar as a soil conditioner to improve the region’s poor soil structure. Using biochar allowed the inhabitants to grow substantial crops and successfully colonise the area over the longer term.

An important quality of good soil is its ability to retain water. Biochar research conducted in Japan has shown that when biochar is added to the soil, water retention increased by around five per cent compared to control soil plots.

The Tarragal Landcare Group based at Portland in southwest Victoria were interested in finding out if biochar has an effect on soil structure when incorporated as a soil conditioner. With much of the region experiencing longer and drier seasons over the last few years, the group was keen to know if biochar could significantly retain soil moisture over a longer period.

After discussions with the Glenelg Hopkins Regional Landcare Facilitator and support from the Australian Government’s National Landcare Program, a demonstration site was established in June 2016. The group planned to test some of the biochar theories concentrating on the benefits of improving soil quality through laboratory analysis and improvements in above-ground crop biomass.

Faba bean plants harvested from the site during late 2016 showed root growth that was significantly larger and better developed under the biochar treatments versus the control.

The increased water-holding capacity of the soil has not been tested as yet due to the wetter than average summers in the area. The trial continued into 2017 with red wheat being planted within the demonstration sites and the addition of a selected fertiliser incorporated into the trial design.

The group aims to keep the demonstration site going over the next five years with field days planned to discuss progress and results.