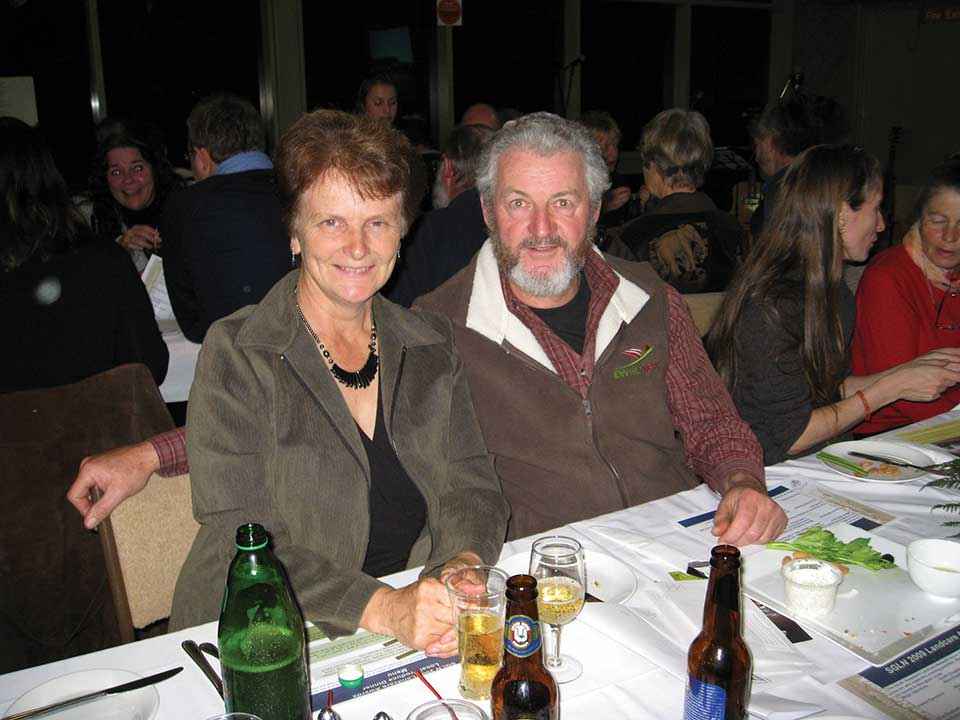 Above Joan and Gary Wallis at the South Gippsland Landcare Network Awards in 2009.

Joan Wallis was a very influential woman in Landcare. She strived to put the principles of ecological sustainability into practice on her own farms and to encourage others to do the same.

Joan and her husband Gary moved to South Gippsland in 1987 and immediately got involved with sustainable farming and tree groups. In 1992 Joan and Gary were founding members of the Fish Creek Landcare Group and became driving forces behind the success of the group. The Wallises have demonstrated how Landcare and primary production can be combined in the region, planting thousands of trees and ensuring their farms remains economically viable. A third of their beef and dairy farms at Fish Creek and Hedley are under shelterbelts or protected native vegetation.

Joan inspired many through her positive example and the whole farm planning sessions she conducted, literally day and night, across Gippsland over nearly two decades.

Frank Hirst describes Joan as the best extension officer he ever worked with.

“Joan was the heart and soul of every gathering, be it at her whole farm planning courses or her work with the Gippsland Agroforestry Network, or her local church and the many other community groups she was involved with,” Frank said.

Joan Wallis passed away in 2014 due to non-Hodgkin’s lymphoma. Her legacy lives on in the healthy landscape on her own farm and also in the many farms she supported in the region. She is greatly missed.