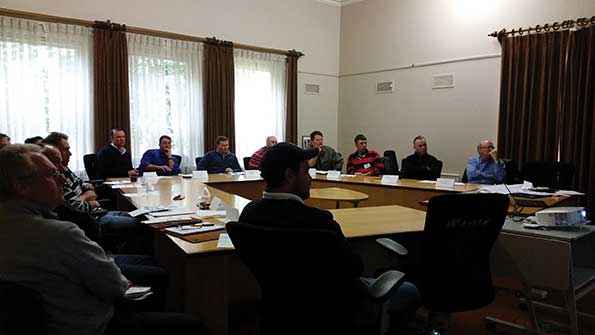 Above Farmers, agribusiness representatives and researchers participate in a future climate scenarios focus group held in Ararat in 2016

The Ararat Rural City Council (ARCC) was drought declared by the State Government in early 2016. The drought declaration brought about positive assistance for farm businesses in the rural city, including Victorian Government Stock Containment Area Program grants and welfare assistance where needed.

Representatives of Agriculture Victoria, the Glenelg Hopkins CMA, and Grampians Wimmera Mallee Water have also been invited to the working party meetings.

As well as looking at the current situation, the working party decided to take a longer-term view and look at the climatic issues that are facing the municipality. Two major strategies were decided on: a water study, and the development of climate scenarios that also considered how to make the region’s farm businesses more resilient.

Read next article: Black wallabies on the move