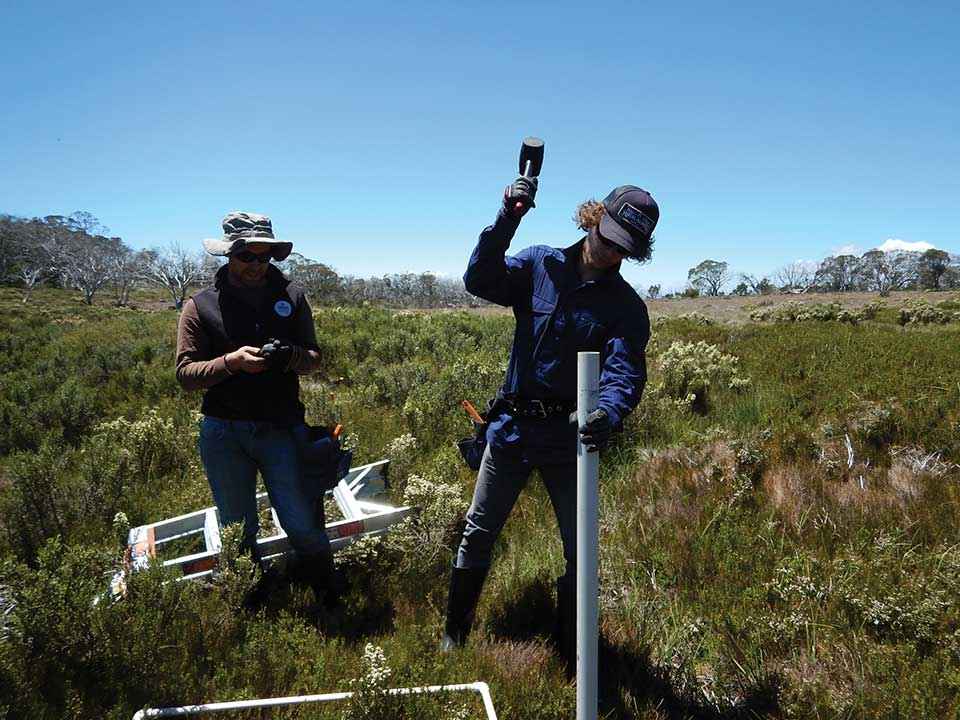 As the impacts of climate change are becoming increasingly apparent, wetlands are drawing more and more attention for their vast potential to capture atmospheric carbon.

Until recently investigations of the carbon sequestration capacity of wetlands have concentrated on coastal or blue carbon wetlands. But in fact, estimates identify inland wetlands as the earth’s largest store of terrestrial carbon.

Deakin University, DELWP and Victoria’s 10 CMAs are collaborating on a comprehensive investigation of the carbon stocks of inland wetlands in an effort to understand their carbon sequestration capacity. More than 100 sites were sampled – the largest carbon sampling effort ever undertaken within Victoria.

The project found that Victoria’s wetlands are storing substantial amounts of carbon, with a total carbon stock of 68 million tonnes of organic carbon estimated for the depths sampled. The estimated carbon sequestration of Victoria’s wetlands is 3,117,682 tonnes of carbon dioxide equivalents per year, equivalent to the carbon dioxide emissions of 176,538 Australians.

Now that we have a good understanding of the carbon stored in the soil of these wetlands across Victoria, the next phase of the research is to gain a complete picture of these systems by measuring emissions of carbon dioxide, methane and nitrous oxide. This will allow researchers and natural resource managers to fully determine opportunities for carbon offsetting and climate change mitigation through inland wetlands.

Dr Paul Carnell is a Research Fellow at the Blue Carbon Lab at the Centre for Integrative Ecology at Deakin University.

For further information go to www.bluecarbonlab.org or contact Kate at katebr@gbcma.vic.gov.au

Read next article: Research reveals the future for dairy farming in Gippsland