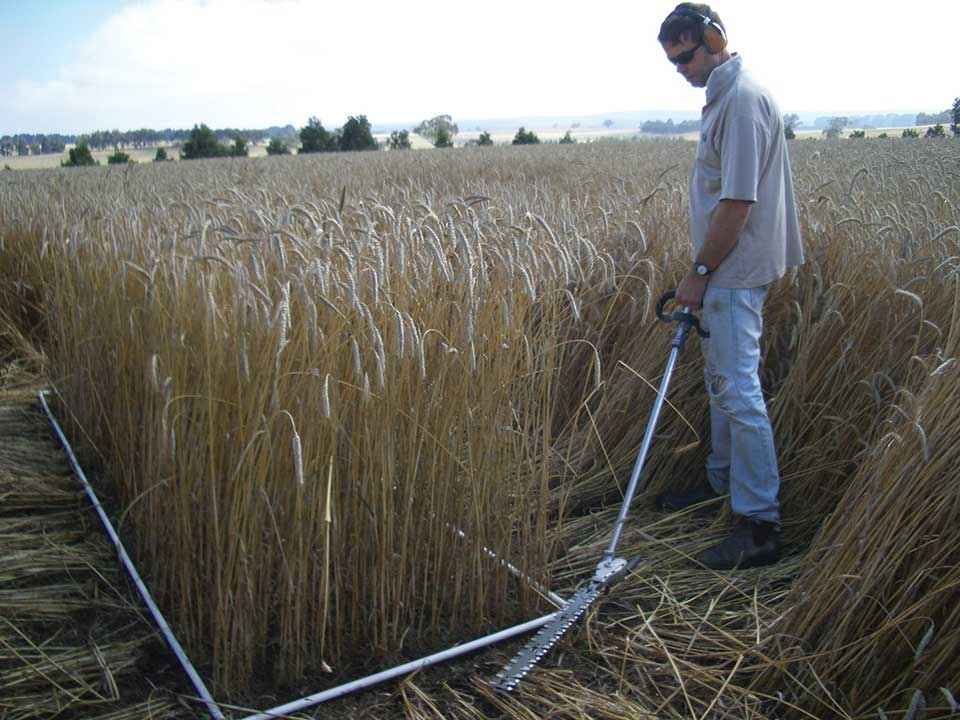 Above Harvesting a trial plot. The Woady Yaloak Catchment Group’s research showed that pig and poultry manure was as good as conventional fertiliser, depending on the rate applied.

Nine years of investigation by the Woady Yaloak Catchment Group has failed to find a biological or alternative fertiliser that is better than using lime or conventional fertiliser products.

In 2009 the group started replicated testing on a range of biological and alternative fertilisers, in response to local landholders questioning the value of the traditional superphosphate, potash and lime they were using.

In the first three years a range of biological products and alternative fertilisers were applied at nine cropping and pasture sites and compared to the application of conventional fertiliser, lime, and no application.

The rate of fertiliser and lime applied was based on soil testing and the alternative products from supplier recommendations.

Most biological products tested yielded the same as if nothing was applied, but several suppliers suggested the response would take longer than three years.

The group used its own money to continue some of the sites for a further two years, but again no meaningful response was recorded with the biological products.

Since 2014 Southern Farming Systems (SFS) have partnered with the Woady Yaloak group to continue the work. Humates (the major organic constituents of soil) were included for the first time and the animal manures retested, as well as continuing with a couple of long-term sites.

Senior researcher with SFS Lisa Miller said that after four years there was no response to the humates compared to no fertiliser or lime at one pasture site, but a small increase with the animal manure at another site.

“The results confirm what the Woady Yaloak group found in the early years of testing – where the animal manures gave the equivalent response to conventional fertiliser at the pasture site – but there was little to be gained from the biological products,” Lisa said.

More information: and results from the testing are available on the Woady Yaloak website.