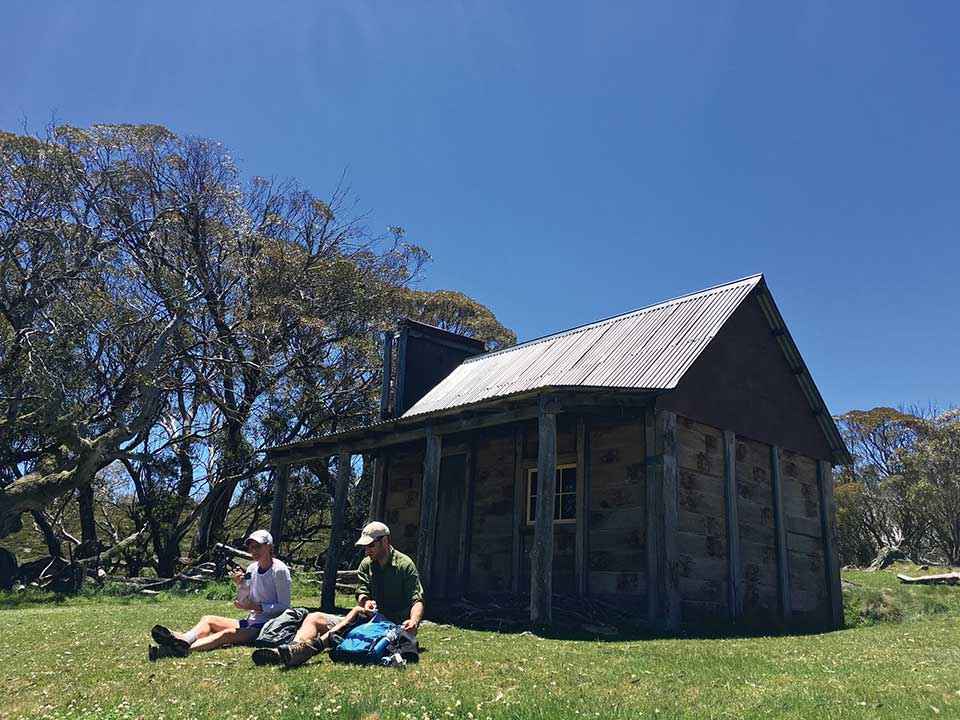 Above Heather Beever and Ib Smith visit one of the many huts in Victoria’s Alpine National Park.

Traditional Owners have recognised the critical connection between Country and health for thousands of years. Scientific research in Australia and internationally is now also revealing that nature-based solutions can help us address many of the health challenges we are facing.

The findings revealed that access to safe, high-quality green space benefits people across every stage of life, enhancing their physical, mental, social and spiritual health and wellbeing. Accessing parks and green spaces may be particularly beneficial for specific community groups, including Aboriginal and Torres Straight Island people, those from culturally and linguistically diverse communities and people with disabilities.

The evidence connecting parks and health is substantial and provides a strong justification for promoting and investing in parks as settings that enhance the health and wellbeing of community members at all ages.

According to Shauna Jones, Manager Health and Community Activation at Parks Victoria, the vision of Healthy Parks Healthy People is the foundation of how Victoria’s parks are managed and planned.

Health challenges on the rise

Unprecedented social, demographic and environmental changes pose a number of risks to our health and wellbeing, creating an increasing economic burden to governments and communities.

Non-communicable diseases such as diabetes, cardio-vascular disease, depression and anxiety are among the fastest growing health and cost burdens. Increasing urbanisation and changing lifestyles have resulted in people spending less time in nature, doing less physical activity, and becoming more stressed and socially isolated. As a result:

• More than half of the Australian population is either sedentary or has a low level of exercise, leading to an increased rate of obesity and overweight;

• Children are exercising less, with just one-third meeting the benchmark for good health of 60 minutes of physical activity per day;

• Around 1.7 million Australians have diabetes. It is the fastest growing chronic condition in Australia. More than 100,000 Australians have developed diabetes in the past year and the majority of these are preventable through improved lifestyle;

• An estimated 45 per cent of Australians will experience a mental health condition in their lifetime. In any one year, around one million Australian adults have depression, and more than two million have anxiety;

• Social disengagement and isolation is an increasing concern for youth, new migrants and rural and remote populations.

We know that parks are important for the conservation of native plants and wildlife. Less understood are the numerous economic, social and environmental benefits that people and communities receive.

Parks provide essential services such as clean water and air, climate regulation, pollination of crops and coastal protection. Our parks are rich with biodiversity, containing many species of flora and fauna of cultural and scientific value to society.

Urban and national parks and waterways provide places for physical exercise, relaxation, play, learning and discovery. They enrich us with a sense of place and spiritual connections. They help children to form a lifelong relationship with nature.

Every year, millions of Victorians visit parks to walk, exercise, play, cycle, enjoy nature and wildlife observation, camp, and socialise with family and friends. In providing these settings, parks are a highly cost-effective contributor to preventing and treating a variety of growing public health issues.

To find out about visiting parks go to www.parks.vic.gov.au