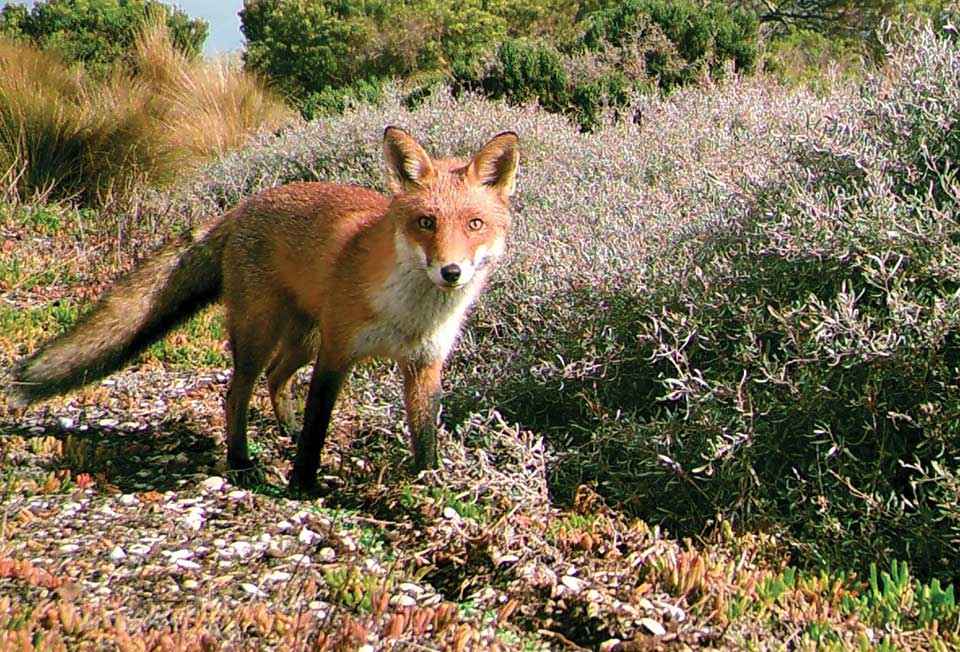 Above Trapping and baiting has reduced fox numbers along the South Gippsland coast.

Over the past three years South Gippsland Landcare Network (SGLN) has been working with project partners including West Gippsland CMA, Parks Victoria, Trust for Nature and other stakeholders on fox and rabbit control across 16,000 hectares of the Bunurong coast.

The Bunurong coast forms a large portion of SGLN’s boundary and is a priority landscape under the Victorian Government’s Protecting Victoria’s Environment – Biodiversity 2037 plan.

Modelling and local knowledge indicated one important way to conserve biodiversity in the area was to reduce the impact of foxes and rabbits on fauna and flora.

A joint proposal was developed by SGLN and the West Gippsland CMA in 2018 with funding provided by the Victorian Government’s Biodiversity Response Planning program to implement the project.

The aim of the three-year project was to achieve a reduction in fox and rabbit numbers, and give landholders the incentive and skills to carry on control work into the future.

Engaging with public and private landholders

SGLN used its existing relationships with Tarwin Landcare Group, Trust for Nature, and Friends of Venus Bay Peninsula to engage with as many private landholders as possible. In total 30 private landholders, plus Parks Victoria and SGSC agreed to participate.

Landholders were given the opportunity to obtain their Agricultural Chemical Users Permit (ACUP) and 1080 accreditation at training days organised and funded by the project.

Contractors determined the best locations for 1080-baiting and soft-jaw trapping based on landholder knowledge, known fox habitat, vegetation and topography. Free-feeds (poison-free meat) were laid at potential sites and field cameras recorded which animals, if any, took them.

The site was abandoned when non-target animals were observed. Trapping was used in areas of high human activity.

Fox control was timed to coincide with lambing and fox breeding seasons, and to avoid holiday periods.

So far, seven five-week-rounds of baiting have been carried out at 185 stations, resulting in 1759 baits being laid. Fox activity at the baiting sites (scats, prints, digging patterns, camera images) show that 421 lethal baits have been taken by foxes.

Alongside baiting, soft-jaw trapping has been carried out nine times for periods of seven nights. Forty traps have been laid at 20 sites near Venus Bay and Point Smythe, capturing 44 foxes.

Prior to releasing the calicivirus, contractors carried out spotlight surveys to identify areas with dense rabbit populations and provided free-feed carrots to encourage rabbits. This was followed by the dispersal of 600 kilograms of K5 calicivirus-inoculated carrots across 52 locations. The carrots were fed out during summer to coincide with low food availability and high fly numbers.

COVID-19 restrictions caused delays in providing training, and some landholders were reluctant to allow contractors on their properties. Fortunately, SGLN and the contractors had COVID-19 SafeWork plans, which eased most people’s concerns.

The biggest challenge for rabbit control was the weather. The rabbit population declined significantly after the early 2020 release of calicivirus, but the following warm, wet spring provided ideal conditions for the population to increase. Also, two cooler than average summers have resulted in fewer flies, which reduced the spread of the virus.

Contractors report that the number of bait-takes and trapped foxes has declined since the start of the project, indicating that the fox population has decreased. This conclusion is supported by fewer signs of fox activity, increased lambing rates and fewer foxes as roadkill.

The initial reduction in rabbit populations was encouraging, and indicated that in more favourable weather conditions, the K5 calicivirus will be effective.

An important part of the project was asking landholders to commit to ongoing control work so that native flora and fauna can recover from the impacts of foxes and rabbits. SGLN is offering training in best practice pest control, by assisting landholders achieve their ACUP and 1080 permits. Training was delayed due to COVID-19, but it was held in May 2021.

Jillian Staton is President of SGLN.