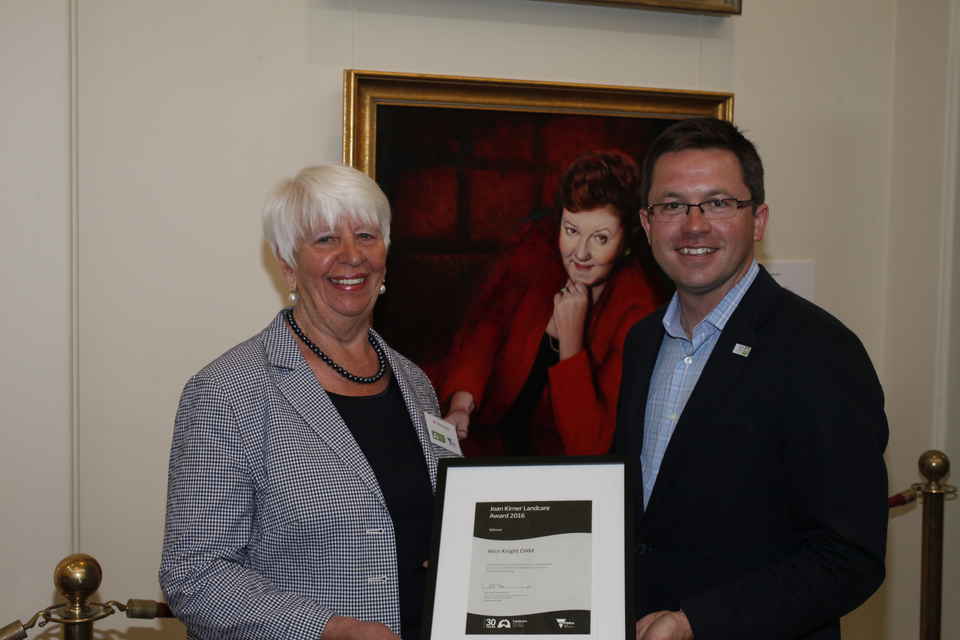 The Victorian Landcare Program hosted a celebration of the 30th Anniversary of the Landcare movement with a ceremony that recognised the work of dedicated volunteers.

Parliamentary Secretary for Energy, the Environment and Climate Change, Anthony Carbines attended the ceremony held in Queens Hall, Parliament House and congratulated the Landcare movement on its achievements.

The 30th Anniversary celebrates the launch of Landcare on the 25th of November 1986 by Joan Kirner and Heather Mitchell, when the Winjallok Landcare Group, near St Arnaud, was established.

To mark the milestone, Landcarers across Victoria were encouraged to nominate their colleagues for the awards across selected categories, including the Joan Kirner Landcare Award, Executive Committee Services Awards and the 30th Anniversary of Landcare in Victoria Honour Roll.