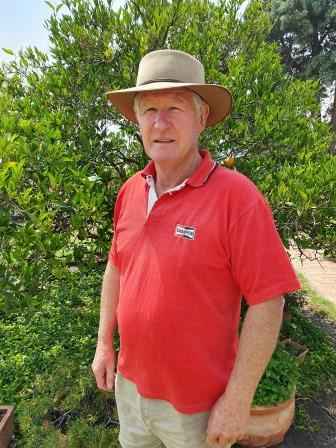 What Peter Jennings sees as the effect of changes in the district in regards to landscape and the changing nature of property ownership, along with what he notes about the future of Landcare and how the CMA’s are assisting Landcare Groups, makes for interesting listening.

From Bombala NSW where he went to local one teacher primary school, until grade 6, Peter was then packed off to a Government Boarding School and later graduated with a Science degree from Sydney University. Teaching was his first career, but the call of the land saw him back farming. It was 1981 when he and his wife sold up their several smaller properties to move to Gippsland and farm sheep on their 2,500acre property.

Peter was initially a member of the local Farm Trees Group which included members from the VFF Branch and other farmers, covering the area from Stradbrooke – Woodside. The area had been extensively cleared, so their priority was to get trees back into the landscape with windbreaks and biodiversity at the forefront of activities.

Once Landcare arrived, the formation of the Woodside Group was the first one in his area. Initiated by Frankie MacLennan and as an Alberton Shire Councillor Peter was invited to chair the first group meeting. Later more groups started, and Farm Tree Groups morphed into Landcare activities.

Small grants, extension services, whole farm planning with a long-term vision, then planting on their own and neighbours’ properties, along with great social meetings and increased community interaction on all manner of issues of mutual interest, was the hallmark of the Group.