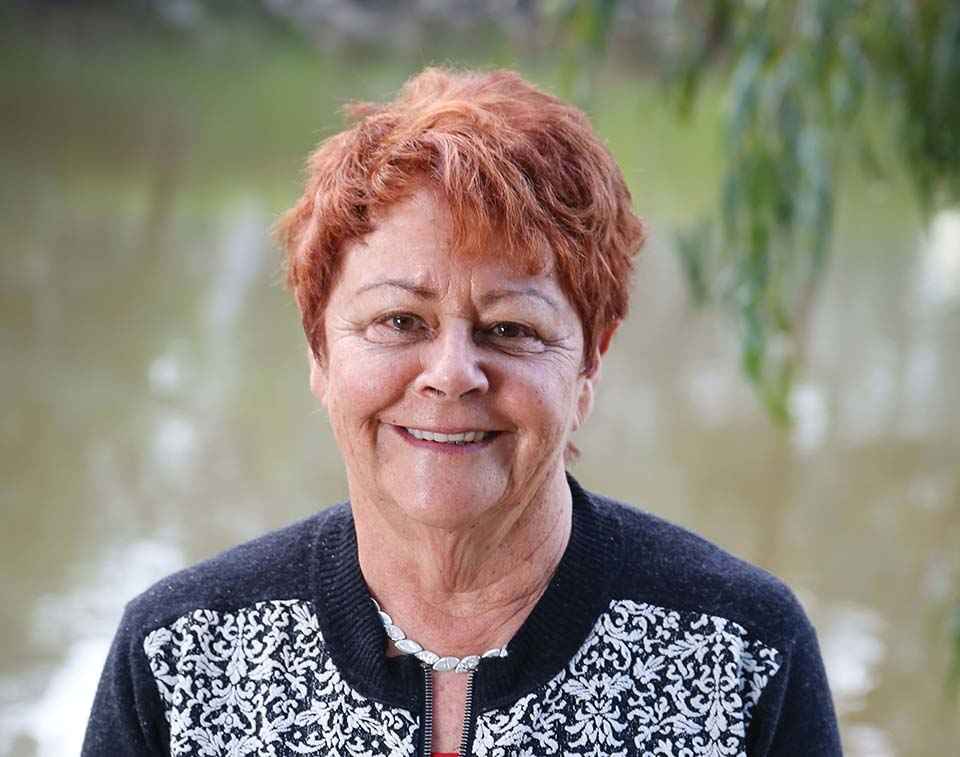 Above Lyn Coulston believes Landcare will have an essential role in the future.

Lyn Coulston from Towong was a founding member of the Upper Murray Catchment Farm Tree Group and the Upper Murray Landcare Network. She has been involved with supporting and promoting many Landcare groups in the region as well as chairing the Victorian Blackberry Taskforce and the board of the North East CMA. Lyn shares her views on what inspired her to get involved in Landcare and where she sees it heading in the future.

I’ve always been interested in sustainable natural resource management. A collective approach, with the aim of engaging everyone managing land, seemed the best way to learn about our particular patch.

The most satisfying aspect of being involved in Landcare is the opportunity to engage with people who are interested in better management not only of their land, but the local landscape. Some people want to achieve sustainable production and others want to conserve and manage the land for different reasons.

People see what’s happening and are open to approaches to get involved. The phone calls asking for information or a visit are still the most exciting part of Landcare. And, of course, seeing the everyday changes in the local landscape over the last 30 years.

Landcare has taught me a great deal. I have learned what it takes to nurture the interest and involvement of many different people, and how important each contribution is. Being inclusive is a very important lesson.

We need to remember that Landcare is about people doing what they can, whether or not they want to join a group. If I’d known that 30 years ago, then I would have extended support to those who aren’t members in order to achieve common goals through promoting Landcare principles.

We now have greater participation than ever in the Upper Murray because we recognise that supporting everyone who wishes to participate makes more sense than insisting on membership.

“We need to remember that Landcare is about people doing what they can, whether or not they want to join a group.”

The Upper Murray is reasonably isolated and remote from growth centres so it is unlikely to become a commuter district and see a large increase in population. Agriculture and forestry are likely to remain the principal land uses with an increase in horticulture.

Sustainable management of land and water will always be critical issues that will need support from an engaged and knowledgeable community.

I think Landcare will have an essential role to play in the future, but not in the same way it does now. The next generation of land managers are already resistant to joining a group and attending meetings. They want to attend field days or forums that add a practical dimension to their online interaction.

A model that achieves this balance will evolve through changing demographics, reliable internet access and different work patterns.