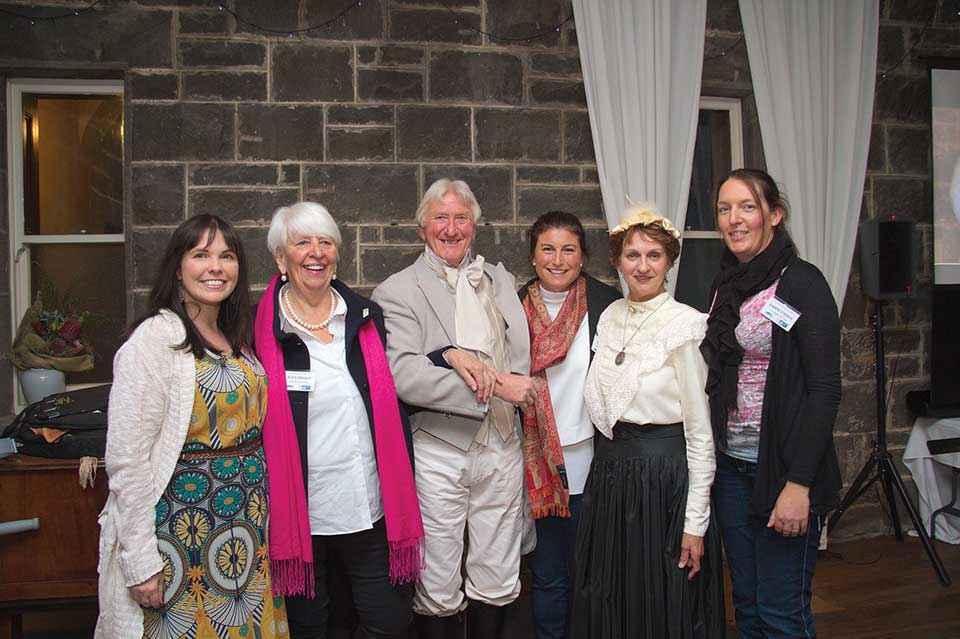 The South West has had a cold, wet winter and spring, which has meant some excellent revegetation projects have been completed across the catchment. Many of these projects have been funded through the Victorian Landcare Grants program. The recent allocation of the 2017/18 grants is now seeing groups planning and undertaking their next round of activities.

A number of groups in the region have made good use of the 30 Years of Landcare Grants. The Lyne Camp Creek Land Management Group, Gazette Land Action Group, Friends of the Great West Walk, Culla Pigeon Ponds Land Management Group and Upper Mt Emu Creek Landcare Network have been in operation for most of the last 30 years. It was wonderful to see photographs of these groups’ achievements and reconnect with old friends at the celebration events.

Congratulations to the Mallee’s 2017 Victorian Landcare Award winner, Sandii Lewis. Sandii has been a dynamo for Landcare in the eastern Mallee, re-invigorating a number of Landcare groups in the area.

Sandii’s friendly, enthusiastic, can-do approach has won her much admiration in the community and we are looking forward to her study of Peter Andrews’ Natural Sequence Farming.

The recognition of Indigenous culture is gaining momentum in the southern Mallee. The Birchip Landcare Group is developing a series of information boards and a permanent display of artefacts in Birchip. This display will link directly with proposed works highlighting Indigenous culture around Lake Tyrell and the surrounding wetlands and will help raise the awareness of tourists who visit the area.

Congratulations to all the North East Landcare representatives who were finalists in the Victorian Landcare Awards. Particular congratulations to Jim de Hennin who was highly commended in the Australian Government Individual Landcarer Award.

The North East Community Natural Resource Management Plan has been released after community feedback. This plan will provide the priorities for the CMA to support local community natural resource management groups.

The CMA has called for expressions of interest from landholders, Landcare and other groups for the incentives and community grants.

It’s been a period of celebration for Landcare in East Gippsland with the recent Regional Landcare Awards held in Lakes Entrance leading up to the Victorian Landcare Awards in Melbourne in September. Congratulations to all of our nominees.

A soils workshop held in Bairnsdale in July gave participants an opportunity to learn about soil basics and to determine what type of soil they have. Students from Buchan and Newmerella Primary Schools enjoyed recent activities learning about their local rivers and planting seedlings.

Landcare groups have been active completing their funded projects and as well as gaining new funding for projects that involve partnerships with other groups.

The region celebrated 30 years of Landcare at Barwon Park in Winchelsea in July. Despite the cold weather more than 130 people explored the property and historic buildings. The event was a chance to thank all of the volunteers who have been involved in the local Landcare movement since 1986 and have made it into the success it is today.

Guest presenter Catherine Marriott shared her story and her passion for keeping rural Australia vibrant, successful and progressive. Twenty-four local Landcarers were acknowledged for their contributions to the community. A film outlining their achievements is available on the CMA website through the Faces of Landcare project.

Congratulations to the members of the Corangamite Landcare community who were acknowledged at the recent Victorian Landcare Awards.

Our newly appointed Landcare Facilitator Kristy Scalora, based in Nyah, has been actively engaging with Landcare groups in the northern catchment to understand support needs, group priorities and promote future funding opportunities.

Congratulations to the region’s Victorian Landcare Award nominees and winners.

Representatives from 43 Landcare and other groups, and seven Landcare networks, participated in six Catchment Action Round Tables to share their project plans. The process is aimed at strengthening relationships and facilitating collaboration in natural resource management projects across the region.

The CMA has started a Facebook page to encourage the sharing of Landcare activities and news across the region. Go to Facebook and search for PPWCMAlovesLandcare. Please like us!

The Wimmera Landcare community celebrated the 20th anniversary of the annual Wimmera Biodiversity Seminar at Horsham Town Hall in September, with special guests Rob Youl, Neil Murray and Costa Georgiadis. The event showcased some of the great achievements of Landcare in the region over this period.

The region has experienced a fairly dry and frosty winter. All of our Landcare networks and groups have been busy coordinating tree planting days and other works projects.

We welcome new Landcare Facilitator, Marnie Ellis, to the Latrobe Catchment Landcare Network. Marnie runs a mixed farming business at Glengarry West and has a great understanding of sustainable agriculture. Marnie will focus on groups at the western edge of the network area.

Groups and networks received a recent boost with the announcement of close to $100,000 of CMA grants. These 25 small grants will fund a range of Landcare activities including bird monitoring training at Wonthaggi, a frog festival at Neerim South, a small landholder expo at Stratford, sweet pittosporum control at Hammans Bush and a student film festival at Yarram.

Congratulations to all the nominees and winners of the recent Victorian Landcare Awards. We are very proud of Terry Hubbard’s many years of work for the advancement of Landcare and delighted to see his efforts acknowledged with the Joan Kirner Landcare Award.

Planning is underway for potential funding sources for Landcare projects in 2018 and beyond. Community groups are currently formulating their ideas for National Landcare Programme grants that involve large landscape scale projects.

Groups have also been working on 2017/18 Victorian Landcare Grants applications for projects that focus on biodiversity and volunteer capacity building.

This article is missing similar interests
If this is your article, log in to add focus tags