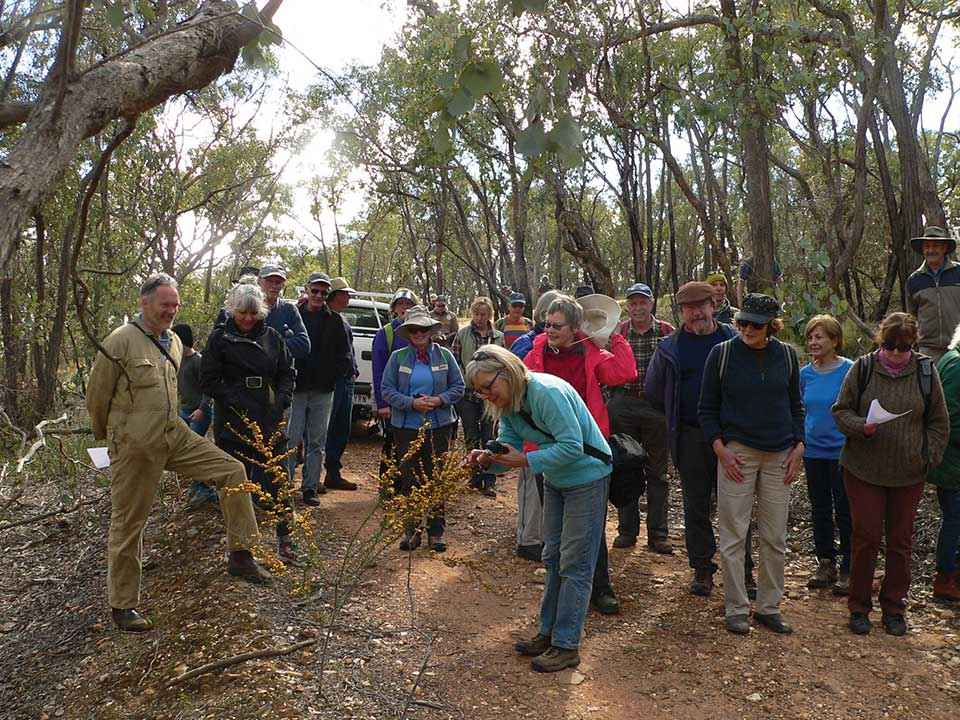 Above A joint MDLG and Glenlyon Landcare wildflower walk near Irishtown attracted more than 50 participants.

The Malmsbury District Landcare Group (MDLG) covers land in the Hepburn, Macedon Ranges and Mount Alexander Shires and is an active member of the Upper Campaspe Landcare Network. The group has been operating since 1996 with a focus on gorse control, revegetation, and protecting local flora and fauna.

Two of the group’s current projects are based within the Malmsbury township – Channel Reserve and the larger Malmsbury Common, both of which drain into the Coliban River. The Coliban River is also the focus of a gorse control and revegetation project near Lauriston, and a major biodiversity project on the river’s main tributary in Kangaroo Creek valley.

MDLG has established more than 26,000 indigenous trees and shrubs on members’ properties since 2009, with additional plants going into town-based projects including the Friends of Malmsbury Botanic Gardens arboretum and local primary schools.

Back in 2002 MDLG contributed to local shire biodiversity plans and lobbied for works to be done on the Malmsbury Common. Members prepared the first plan for the future of the site in 2008 and their early successes increased community interest leading to the preparation and adoption of a site master plan in conjunction with the Macedon Ranges Shire Council (MRSC) in 2018.

According to Tess Grieves, Regional Landcare Coordinator, North Central CMA, “MDLG has a reputation in the community for being reliable, compassionate and resolute and is willing to be the public face of willow removal – a highly contentious issue in the district.”

The group is proud of its work with the local primary school. Members run a Waterwatch program that engages 20 students annually in eight monitoring days and provides plants for the students to plant out each year.

MDLG President John Walter believes securing funding for projects that will have lasting value is the key to the group’s future.

“The group is a great example of a small community working together to achieve results that are making a genuine difference. We have decades of runs on the board. Weeds and waterways have been our priorities, along with a real commitment to community education.

The strong membership base has also shown that it is possible to achieve renewal at the committee level.

“The resilience and commitment from our members are an asset to the region,” John said.