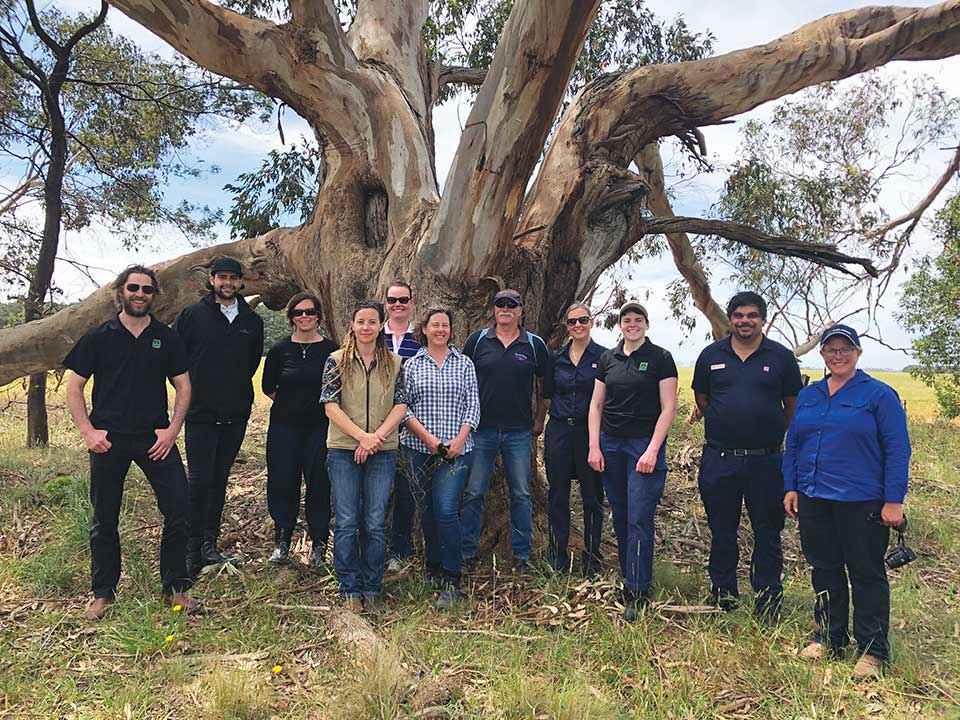 The Dr Sidney Plowman Travel and Study Award is made to a staff member of DELWP, DJPR, or one of the Victorian CMAs, who has influenced and improved sustainable land management practices.

Jackson Chatfield is a Gunditjmara and Kirrae Whurrong man working for DELWP as state-wide Aboriginal Landcare Facilitator in the Victorian Landcare Program. Jackson builds partnerships between Aboriginal and non-Aboriginal community groups, government, and natural resource management organisations that create opportunities for Aboriginal participation in Landcare and caring for Country.

A big part of his role involves educating the community and advocating for the protection of cultural heritage across both public and private land in Victoria. He also supports the self-determination of Traditional Owners by developing and supporting programs that enable them to connect with and heal Country the way they want to. Some of the partnerships Jackson has fostered has seen Landcare projects also being undertaken on Aboriginal-owned properties.

One of Jackson’s major achievements has been developing an Aboriginal Cultural Heritage Guide for Landcare and Environmental Volunteers. The five-step guide helps volunteers assess the impact their project or activity may have on Aboriginal cultural heritage and identify areas of cultural heritage sensitivity to determine if approvals are required before starting their project.

The guide has made groups more aware and inclined to partner with Traditional Owners instead of simply consulting with them. This has helped ensure that Aboriginal cultural heritage is identified, registered, and protected for generations to come.

Jackson says the work is not without its challenges.

“When some landholders hear the words Traditional Owners or even Aboriginal cultural heritage there can be a lot of tension as they often associate this with ‘we want to take your land from you’ – which is not the case. This kind of thinking is often due to a lack of education and a lack of experience with Aboriginal people and culture.

“I’ve been actively trying to debunk this kind of thinking within the Landcare community by coordinating cultural awareness and cultural heritage workshops and events. By demystifying what cultural heritage is we have been able to change the minds of people who initially resisted the idea of working with Traditional Owners. It’s hugely satisfying when you see people starting to take the aspirations and priorities of Aboriginal people who want to care for Country into consideration as they plan and deliver their projects,” Jackson said.

Partnerships are at the heart of what Jackson does. The partnerships he has fostered have seen Landcare projects being delivered on Aboriginal owned properties and strengthened connections between Traditional Owners and Landcare groups. The ‘Yarns on Farms’ partnership project brought Wathaurong Traditional Owners together with Moorabool Catchment Landcare Group to visit local Landcare properties to share their knowledge of the area and inform land use.

Jackson is also a Cultural Ambassador for the Victorian Nature Festival, which aims to connect more Victorians with nature, and he has recently been accepted into Melbourne University’s Master of Environment course.

Jackson’s enthusiasm, commitment and dedication to his role has improved the understanding and awareness of Aboriginal values and Aboriginal cultural heritage in the Landcare community – providing benefits to communities and to Country.

Jackson plans to use the award to undertake a study tour at Black Duck Foods at Mallacoota. Jackson will spend time on Country at this innovative Aboriginal-run farming enterprise that specialises in Indigenous agriculture, producing native foods and caring for Country through cultural burning. Jackson hopes to bring his knowledge back to the wider Landcare community and support the strong interest in new developments in Aboriginal farming.