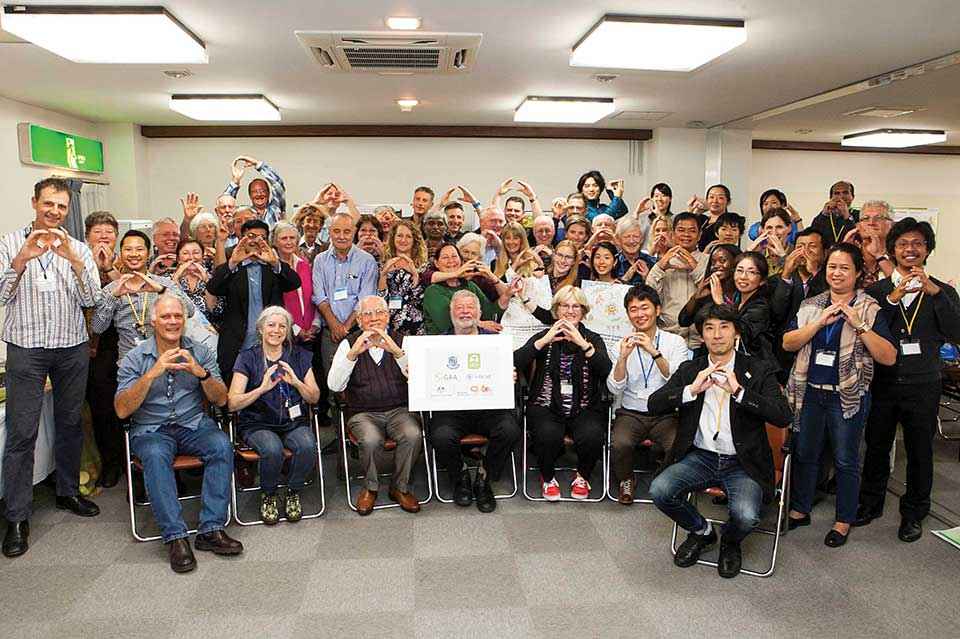 Australian Landcare International (ALI) was heavily involved in a global Landcare conference that took place in Nagoya, Japan, in November 2017. Half of the 80 attendees were Australians – representing ALI, Intrepid Landcare and the National Landcare Network.

The conference theme was Global Resilience through Local Self-Reliance – the Landcare Model.

Landcare arrived in Japan in the early 1970s when Michael Seigel from Barooga, NSW, took up a professorship at Nanzan University, specialising in ethics and environmental policy. Michael had seen how massive salinity affecting his community in the Riverina was diminished after a Landcare network formed and set to work.

With colleague Kazuki Kagohashi he formed the Secretariat to Promote the Establishment of Landcare in Japan, which appointed volunteer coordinators around Nagoya and developed close ties with non-government organisations and communities in the tsunami zone of northern Honshu.

Michael Seigel arranged for a number of student groups from Asia to tour and study Landcare projects in Australia. More recently ALI members have overseen long visits to Australia by Japanese students Tomomi Maekawa (who completed a PhD on Landcare in Japan) and Misato Imase (completing a degree in education and volunteering techniques).

The Nagoya conference was funded by Nanzan University, the Australia-Japan Foundation, the Global Agri-business Alliance in Geneva and donations from ALI members.

For further information: go to the ALI website at www.alci.com.au