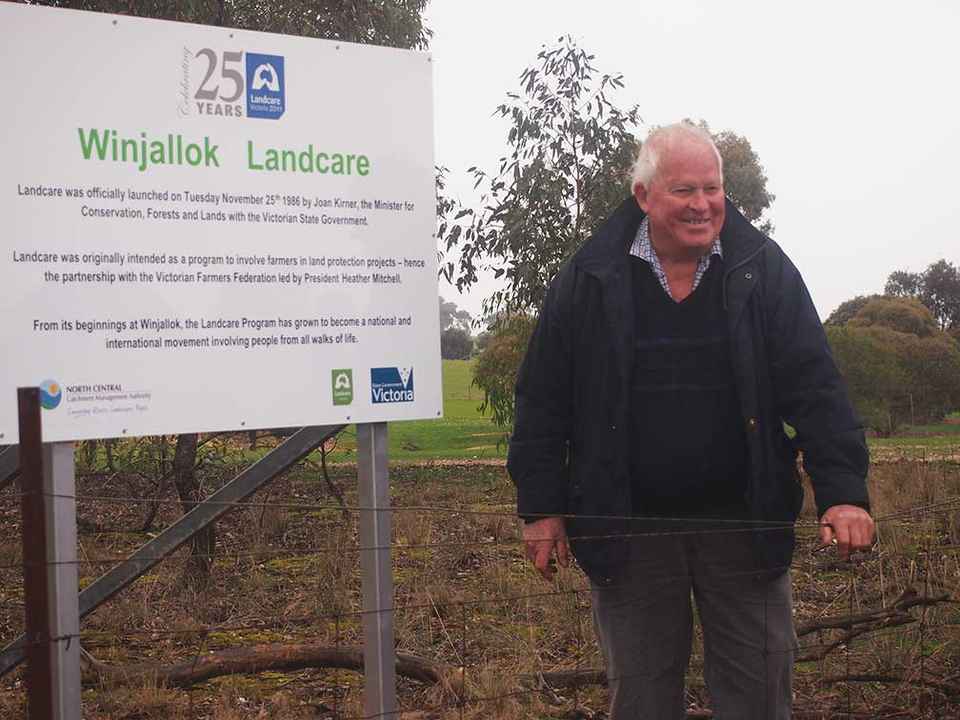 Above Terry Simpson at the 25th anniversary of Landcare planting event at Terry’s property in Winjallok in 2012.

It was with great sadness that the Buloke and Northern Grampians Landcare Network heard of the recent death of Terry Simpson.

Terry, with his son Greg, ran a merino sheep property at Winjallok in the Avon and Richardson rivers catchment area.

Terry was determined to combat erosion on the treeless property and to improve its profitability and sustainability. He became a major spokesperson for practical Landcare.

Terry was a member of the Victorian Land Protection Council that advised the late Honourable Joan Kirner, then Minister for Conservation, Forests and Lands, on a partnership between landholders, the Victorian Farmers Federation (led by the late Heather Mitchell), and the Victorian Government to protect our natural resources.

It was on Terry’s property at Winjallok that the Landcare Program was officially launched in 1986 by Joan Kirner.

Landcare was originally intended as a program to involve farmers in land protection projects. It has become so successful it has evolved far beyond that – growing into a national and international movement involving people from all walks of life.

As a board member of the North Central CMA, Terry continued to be a strong advocate for Landcare and was particularly vocal about its origins as a farming movement. He stressed the need for Landcare to continue to be of relevance and value to farmers given they have primary responsibility for managing in the order of 70 per cent of our landscapes.

Our condolences to Terry’s family and friends.

Kevin Spence is the Executive Officer/Landcare Facilitator of the Buloke and Northern Grampians Landcare Network.