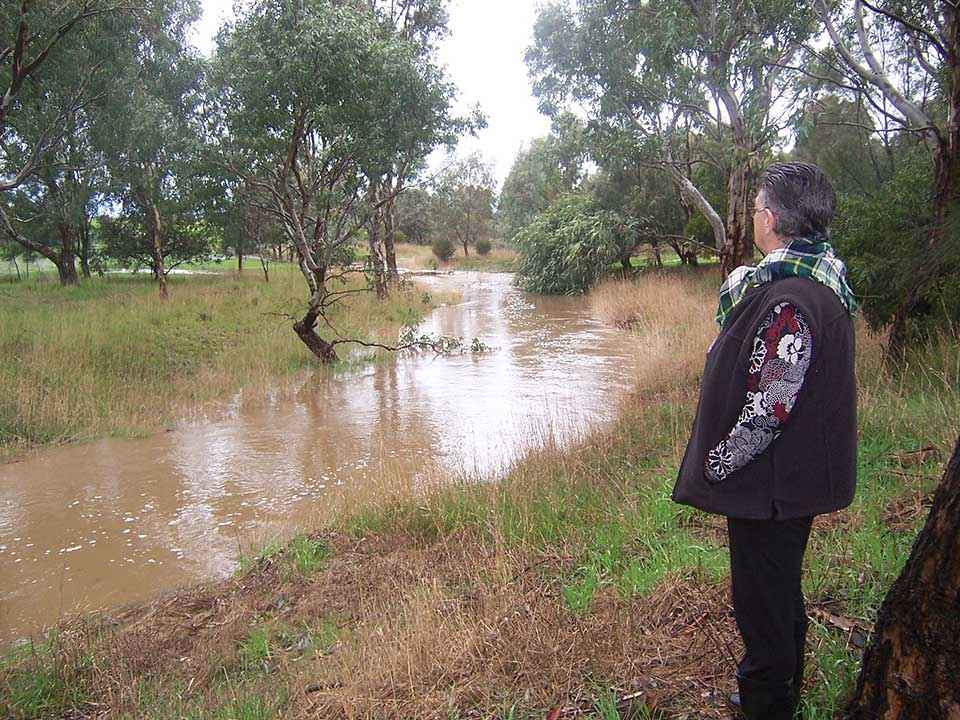 My memories of gorse go back 60 years when Ararat was surrounded by a ring of dense gorse infestations.

Cemetery Creek, which runs through Ararat, was heavily infested. Taking the shortcut to school on my bike involved threading my way through dense gorse.

In the 1980s, Christine and I returned to a family sheep farm south of Ararat. We soon realised we needed to improve our land management practices. This included work on controlling a large infestation of gorse on Captains Creek. We joined the Upper Hopkins Land Management Group (UHLMG) and started fencing and revegetating the creek upstream where erosion was an issue, but not gorse.

UHLMG’s priorities at that time were addressing dryland salinity, gorse and rabbits. We worked on recharge planting and gorse control on waterways and roadsides. We obtained an ex-government spray unit for members to use and a small grant from the Victorian Gorse Task Force (VGT) for chemicals to tackle gorse on all major waterways. The Ararat Shire also contracted the group to map gorse and spray roadsides.

Some farmers were reluctant to control gorse when the upper catchment peri-urban area was heavily infested. Fortunately, the urban Ararat Landcare Group (ALG) was formed with assistance from the South West Landcare Project and the Ararat Council. ALG members organised a gorse mulching trial on Cemetery Creek at the Western Highway entrance to the city. The group obtained a spray unit and worked on crown land in and around Ararat with CMA and VGT grant assistance.

An offshoot from the ALG was the Ararat Regional Biolinks Group (ARBG), which took on committee of management responsibilities for many crown land areas around Ararat. They were very effective in obtaining grants from DELWP to control gorse on Cemetery Creek and other crown land areas.

The end result of this coordinated attack on gorse and other woody weeds is a much healthier catchment and more biodiverse wildlife corridors on many waterways. The dense stands of gorse at Cemetery Creek at Ararat have been replaced with a public walking track with wildflowers to admire.

The UHLMG, ALG and ARBG continue with their great work, having already achieved a much-improved catchment condition for all to enjoy.

Christine and I still monitor Captains Creek for new gorse plants more than 30 years after we began our first control works. The creek is now fully fenced and planted with local native species.

Peter Forster is a member of the Victorian Gorse Taskforce.

For more information go to www.vicgorsetaskforce.com.au

Read next article: Weed warriors of the south west