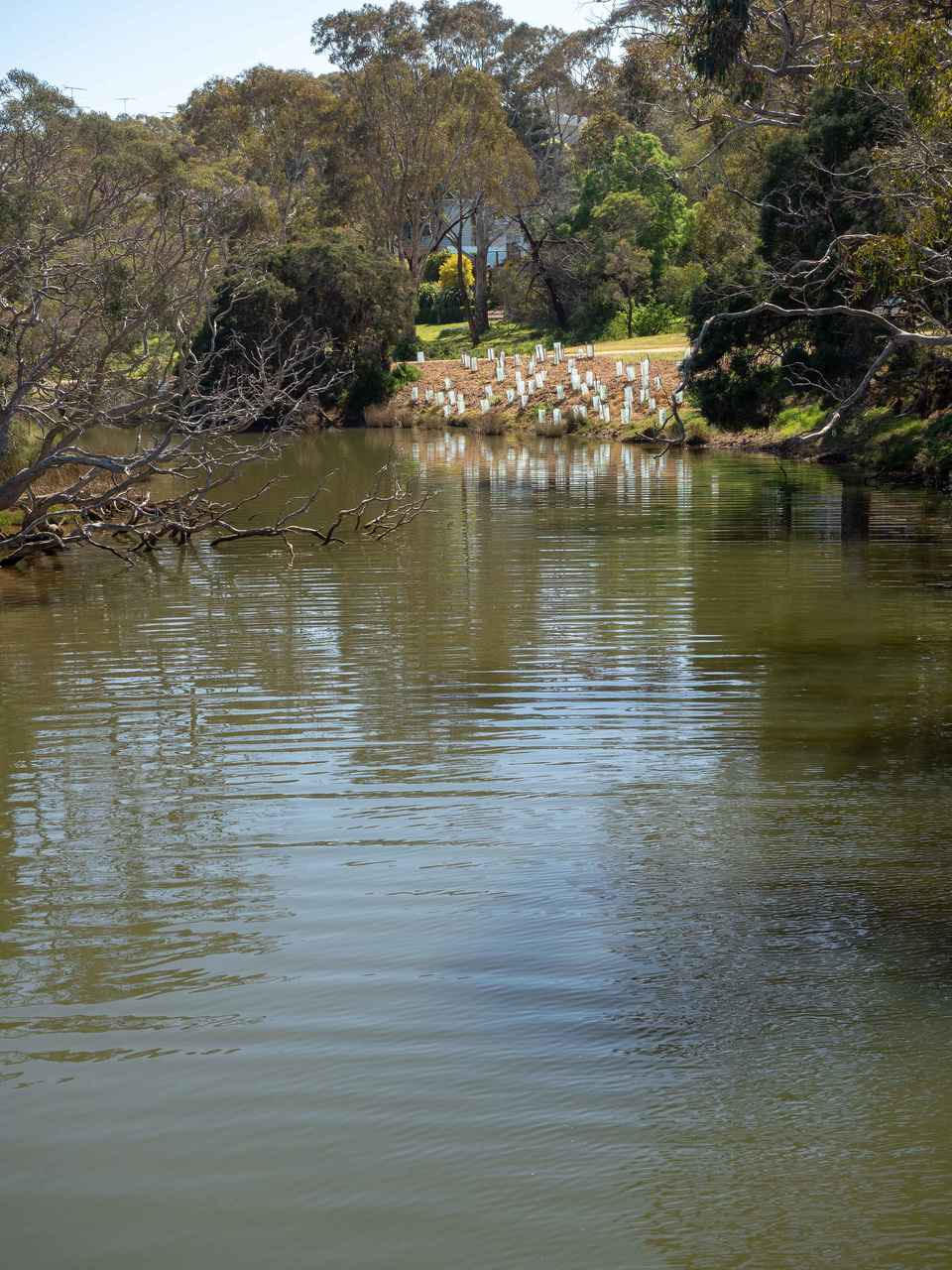 The day dawned fine and cool, perfect for the big job ahead. Gabrielle from the Shire and Simon were out very early laying out the site and drilling holes. This would be welcomed by the planters as the ground had not seen much rain and was pretty hard!

Caitlin, Sandy and Allan were hard at it also, setting up the marquee and helping to get all the tools and other items ready for the day. The plants arrived with Graeme Stockton and we were set to go.

Before 9.30 57 willing participants had arrived and it was wonderful to see so many children amongst the crowd. After a brief chat, particularly directed to the children, about the need for biodiversity and protection of special places, everyone got stuck into the mammoth task of tidying last year’s planting sites, mulching, and planting approximately 950 grasses shrubs and trees, which were also guarded, watered in, and mulched.

The sites were spread along Spring Creek, on both sides, from the netball courts to close to the Torquay/Jan Juc Bridge. It was a large area to cover but the willing and enthusiastic workers stuck at it, despite the distance and the bull ants!

Morning tea and lunch were both very welcome and magnificently produced by Terry, Molly from Bunnings, and ably assisted by Allan and Murray. It was a great day, and so pleasing to see the success of the previous plantings.

Many thanks go to the Quiksilver Foundation and the Surf Coast Shire for their support and to all who made the day a wonderful success.